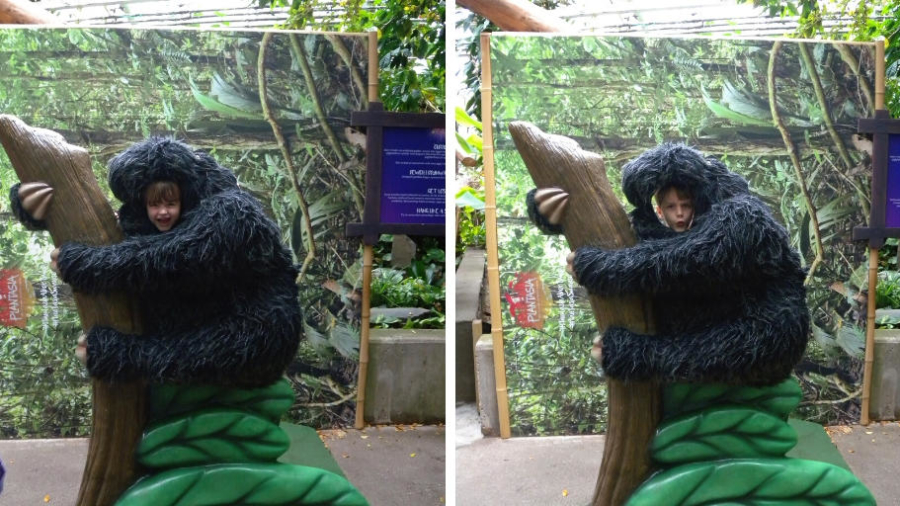 We’re back to the normal routine this week, after a lovely break from it all over half term last week.

Steve had the week off work so we had plenty of time all together, just enjoying slowing things down for a bit.  We did get up to something quite exciting on Friday though.  We headed into town and visited Plantasia.

I had been a few years ago with Rhys for a birthday party, and I think he’s been in the last year or two on a school trip, but we’d never all been together as a family.

We spent almost 2 hours wandering round, exploring and spotting all the different creatures.  I think my favourites were these 2 though! If you’ve not heard of it before, Plantasia is basically a little tropical rainforest, right in the centre of Swansea.

We had a great time peering in glass cages at tarantulas and snakes, reading about all the different plants that grow in the rainforests and trying to get the parrot to chat back to us.  There were a lot of interactive features that the children really loved, including a tunnel to crawl through with an ant colony in the middle.

Possibly their favourite part though was the meerkats.

There’s a tunnel that goes underneath their enclosure, with a dome in the middle so you can basically pop your head up and be right in amongst them.  I was so tempted to crawl through that tunnel with the children!

We had a pretty quiet weekend to end the half term holidays, with a rainy day spent indoors on Saturday then a walk through Singleton Park and Cwmdonkin Park on Sunday afternoon in glorious autumn sunshine.

We’ve got our fingers crossed for a dry evening on Tuesday for bonfire night.

This year Swansea are doing something a bit special and putting on a huge free firework display on the beach at Swansea bay.  We’re all really excited about it, and have pretty high hopes that it’s going to be an impressive show!

Are you going to a fireworks display this week, or did you go to one at the weekend?