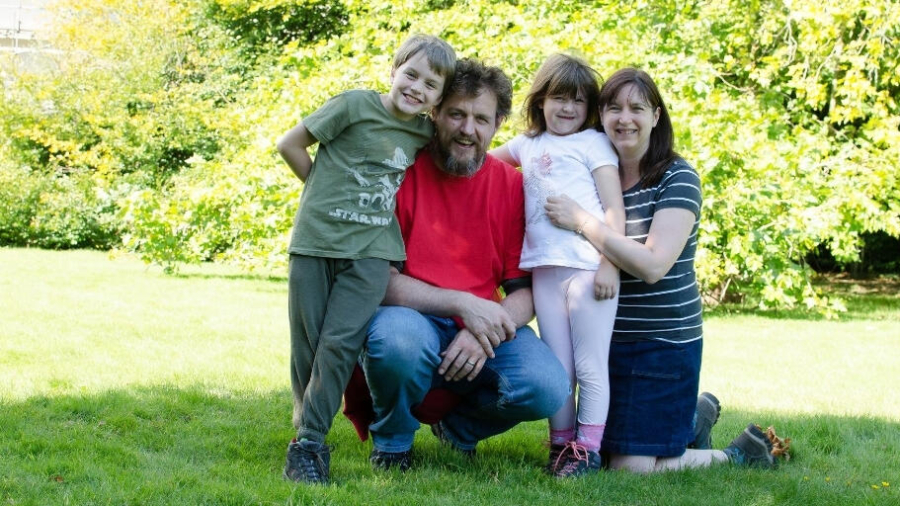 So here we are, the end of August.

It’s been a pretty good month, all things considered.  And we ended it with a really lovely amount of family time with Steve able to take almost 2 weeks off from work.

Right at the end of the month we headed out for a walk and a scoot in Singleton park, which is where we took this month’s family photo. We also ticked another thing off the children’s summer bucket list while we were at the park, which was the classic childhood activity of rolling down a hill.

Such a simple thing, that for some reason they’ve not really done before and had fun trying out in the slightly soggy grass of the park!

We’ve still got a few things on the list that we want to tick off over the next week or so before we need to admit that summer is on its way out.  All in all though, we’ve done quite well getting through a good chunk of the things they wanted to do.

They’ve baked bread rolls with their dad and cakes with me.  We’ve made ice cream and eaten s’mores and pancakes with all sorts of different toppings.  We’ve painted stones, made paper fans and drawn pictures on postcards to send to friends and family.

They’ve stayed up till midnight and had a family slumber party in the living room.  We even managed to play every single board game we own, which turned out to be quite a task – who knew we had so many board games!

This summer really was a bit of a strange one, and we didn’t do all the things we normally would, but I hope the children will remember it as being the one we did all these fun things together.  The summer they both taught themselves to play the recorder and Nerys learnt to fly with Daddy in his flight sim game.  The summer we listened to ‘Surfin’ USA’ a lot after picking it as our summer anthem.

We’ve never written a bucket list like this before, but it’s been brilliant for keeping us going with ideas for things to do, new activities to try, new skills to learn, on days when we didn’t really know what to do with ourselves.

I think we’ll do the same thing again next summer, whatever situation we find ourselves in by then!