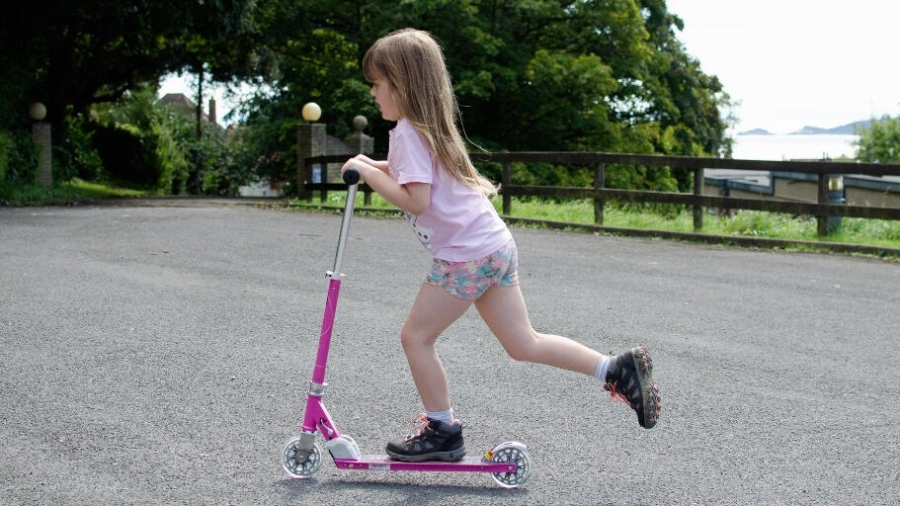 The last week has been quite an eventful one for Nerys.

Well, as eventful as any week can be at the moment.

She lost a tooth, but not one that we were expecting to come out, thanks to a knock from a recorder.  She also got her own recorder which she is very excited about.

She completed her 2nd 30 day challenge on The Maths Factor which I’m so proud of her for being so committed to.  She’s learnt so much from it and it’s done loads for her confidence with maths too.  We signed up for paid accounts after the free access finished at the end of term, and it’s been absolutely worth the money.

The most exciting thing for Nerys last week though, was finally picking out a new scooter. The brake came off her old one a week or two ago and we’d been debating ever since what type of scooter to get as a replacement.

In the end she decided she was ready for a 2-wheeler one like Rhys’ and, having seen her whizzing round the car park on it, I think we can safely say she made the right decision! She was a bit wary of using the brake to start with, but it didn’t take long for her to feel brave enough to give it a try.

The next step now is to take it out to the park so she can give it a go on all the little and not-so-little hills!