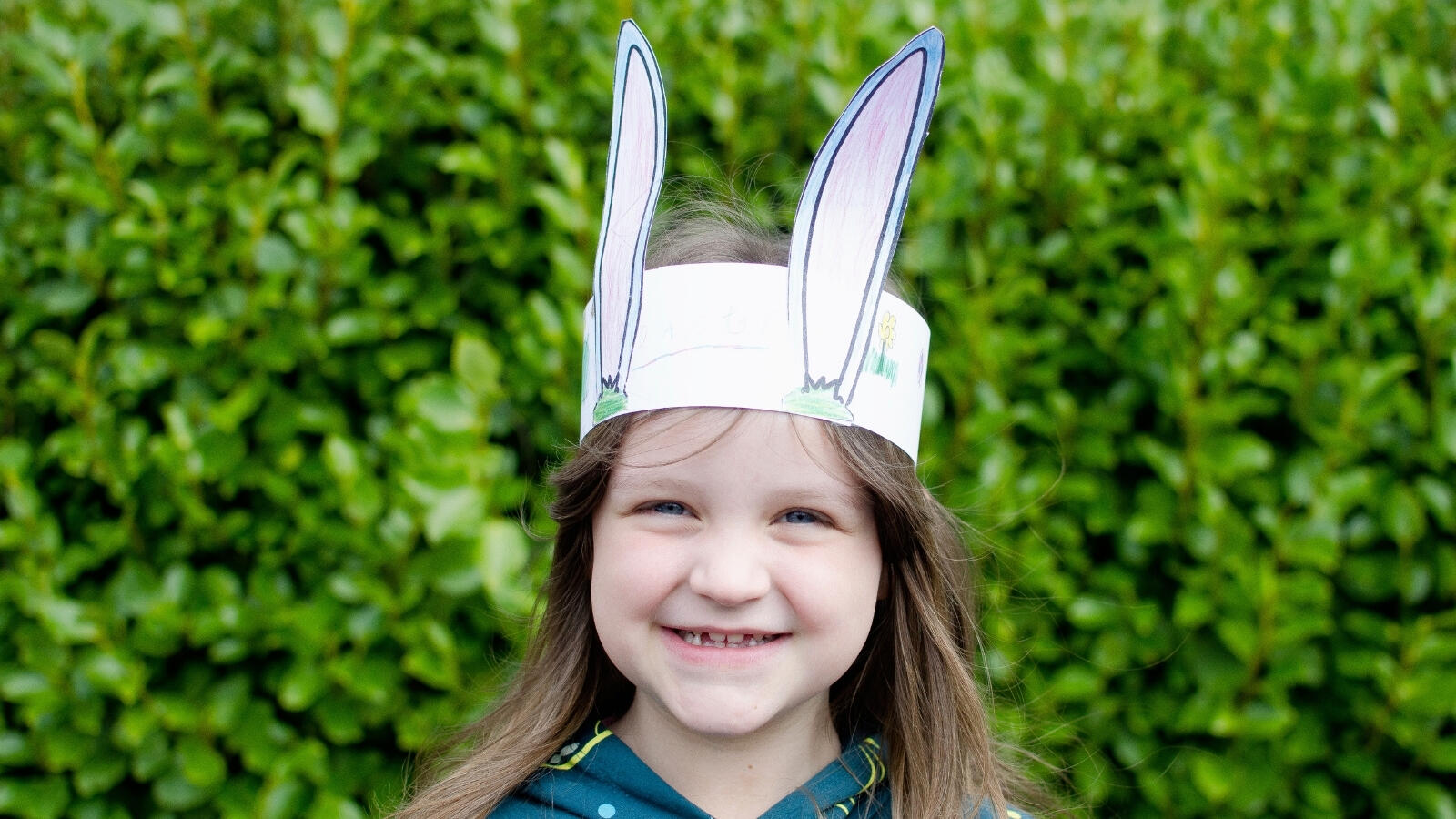 We made it.  We made it through the last week of term to the Easter holidays without any major dramas.

The term actually finished on a really lovely note with the children having a good last few days at school.  Nerys in particular had a great week.

Her class had been busy making Easter hats for their bonnet parade and she was so excited to just march around the yard at school with her friends, showing off their creations. It was a bit sad that we weren’t able to go to school to watch the parade, but the school sent us out a video of it instead, which was really nice to see.  And it was still an improvement on this time last year when school was shut and we did our own mini bonnet parade in our car park.

Saying that, Nerys obviously has good memories of what we did last year because she wants to do our own version of the parade again this week, which will hopefully keep the neighbours entertained at least!

To top off a happy week of crafts and parades, Nerys came running out of school on Friday with a gold medal around her neck having won the dojo award for that week.

Our school uses class dojo to communicate with parents, and they also use it to give out points throughout the week for things like persevering, working hard, being kind and so on.  Each week whoever has the most points wins the award, and Nerys has wanted to win it for so long, so she was over the moon to win it along with one of her friends last week.

Now we’re all just looking forward to enjoying the next two weeks with no school and no home school and time to just relax a bit.  We’re hoping to head out to one or two of the beaches on gower at some point, now that the ‘stay home’ rule has changed and we can drive places to go for a walk.

Other than that I think it’ll be a mix of walks in the park, visits to my in-laws when it’s dry enough to sit in their garden, a bit of baking, and a fair bit of chocolate over the Easter weekend.  Which all sounds pretty good to me!