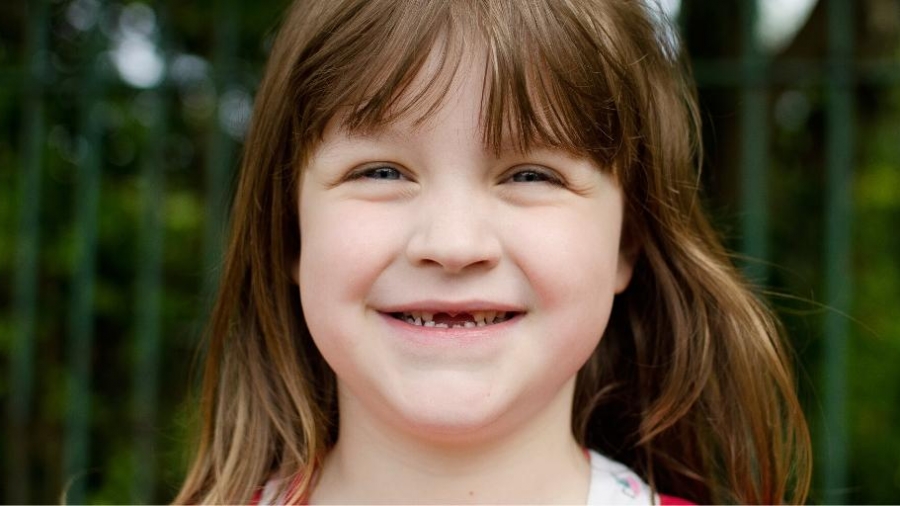 The wobbly tooth that had been sitting at a very strange angle in Nerys’ mouth for what seemed like weeks is finally out.

She actually pulled it out in the end.

It had been bothering her more and more each day, until one evening she’d just had enough.  I’m quite impressed that she pulled it out to be honest, I don’t think I could bring myself to do it! Now we’re all getting used to her face changing again.

This is the second tooth she’s lost since lockdown started and I’m finding it a bit hard to get my head around how much she’s changed in that time.

Her face looks so different now with this big gappy smile.

I keep forgetting about it, then being surprised when I look at her and see it again!

We were actually supposed to all be going to the dentist for a check up about a week ago, but obviously that appointment was cancelled.

I’m not sure when we’ll actually be able to go to the dentist again, I’d imagine they’ll be one of the last services to be up and running again with the risks of infection being so high when they have to be in such close contact with patients.

I have a feeling our dentist will be quite surprised when we do finally get to see her again.

The last time she saw the children Nerys still had all her baby teeth and Rhys still had his poor broken front tooth that was stubbornly holding on.  His adult tooth had come in behind it and it was still refusing to fall out.

Now it’s out and luckily the adult tooth has moved to pretty much the right spot in his mouth.  It’s been quite a weird process, getting to see this tooth gradually shift into the right place! I’m guessing you can tell by the fact that this post is almost entirely about the children’s teeth, that not a lot else really happened with us over the last week!

I think it’s the same for loads of people though isn’t it.  There’s just nothing really to report at the moment, we’re all just pretty much doing the same things each week.

Although saying that, I’ve just realised that it’s half term soon, so even though we won’t be able to go anywhere like we normally would, it should still be a nice change of pace to have a break from school work with the children.

Are you looking forward to it, or do you think you’ll actually carry on with a bit of a routine of doing work with your children?