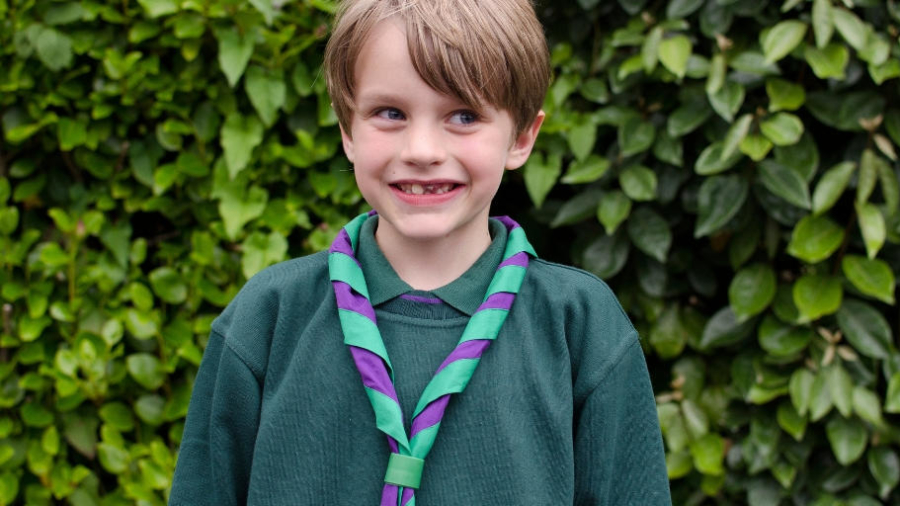 We officially have a cub in the house.

Rhys has been going for about 6 weeks now and was invested in to the pack last week.  He came out of the meeting beaming; so proud and so excited with his handful of badges ready to be sewn on to his uniform. I really wasn’t sure if he would want to keep going after the half-term break because he kept saying he didn’t know how much he liked it.  I think the main thing behind this uncertainty was just nerves though.

He’d never done anything like this before and honestly it did seem really formal and a bit intimidating when we went along on the first week.

Each time after that though, once he’d walked through the door he seemed fine.  I think it’s one of those things where you build it up in your mind to be scarier than it really is.

He was definitely nervous about being invested though, because he didn’t know what to expect when it happened.

So the week before last we had a chat with one of the pack leaders who was so kind and explained exactly what it involved and reassured him that it wouldn’t be scary at all.  After that he seemed so much calmer about it all, and was so excited last week when he got his uniform on for the first time ready to go along and say his promise.

He’s already done quite a few new things with the cubs that he wouldn’t otherwise have done, and I’m so excited for him to get stuck in now and have more and more new experiences.  I think it’ll do his confidence a lot of good to try out new things and find out what he’s capable of.

Do your children go to cubs/brownies?  What sorts of things do they get up to?