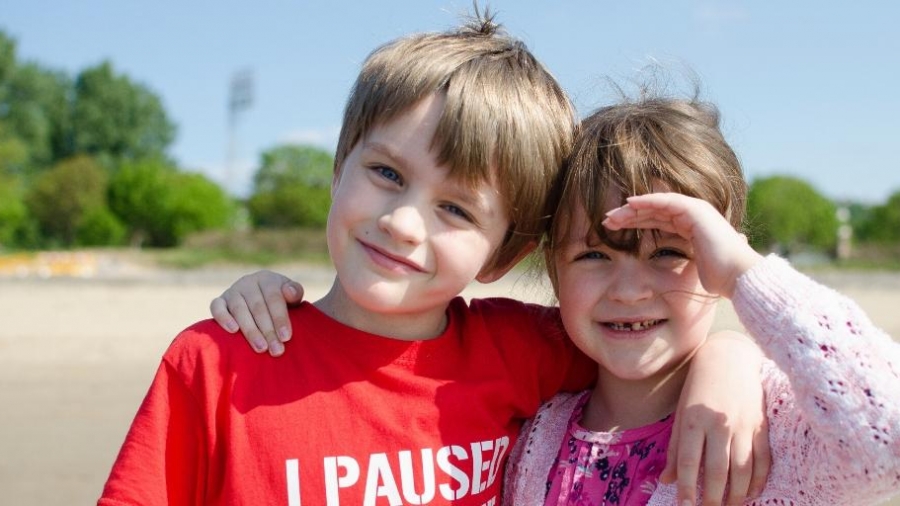 A month ago, in April’s siblings project post, I wrote that I had no idea where we would be in a month’s time.

Turns out the answer is we’re in pretty much exactly the same place we were then.

A few things are starting to shift in England after Boris’ speech at the weekend, but here in Wales things are generally the same as they have been for weeks now.

And I’m quite relieved about that to be honest.

The plan at the moment for England is for Reception, Year 1 and Year 6 children to start heading back to school at the start of June.  So for us that would mean Nerys would go back, but Rhys would still be at home.

For so many reasons I just don’t know how that would work.  So I’m relieved that in Wales they’ve announced that the schools won’t be opening up at that time.

The children have, obviously, been spending so much more time together than normal lately, and I think it would be quite stressful for both of them if only Nerys went back to school.

Whenever they do head back to school things will be different and strange and that in itself will be hard for the children to deal with.  So the idea of one of them going back and trying to cope with that while the other one is still at home just doesn’t feel right to me.

It just feels like a lot to put on such young children and, even though it’s been hard juggling everything, I would rather have both of mine at home until things feel that bit more settled. Of course I’m incredibly aware of how lucky we are to be in the position we’re in.

Steve and I are both able to work from home, so we can have the children here with us for as long as we need/want to.  I’m also more aware than ever right now of how lucky the children are to have each other.

They both miss their friends, and everyone else they can’t see at the moment, but they do have each other.  They have someone to play with, someone to talk with before they fall asleep, someone to argue with and then make up with.

I hope one of the things they remember when they’re older, looking back at this time, is how lucky they were to be in this together.