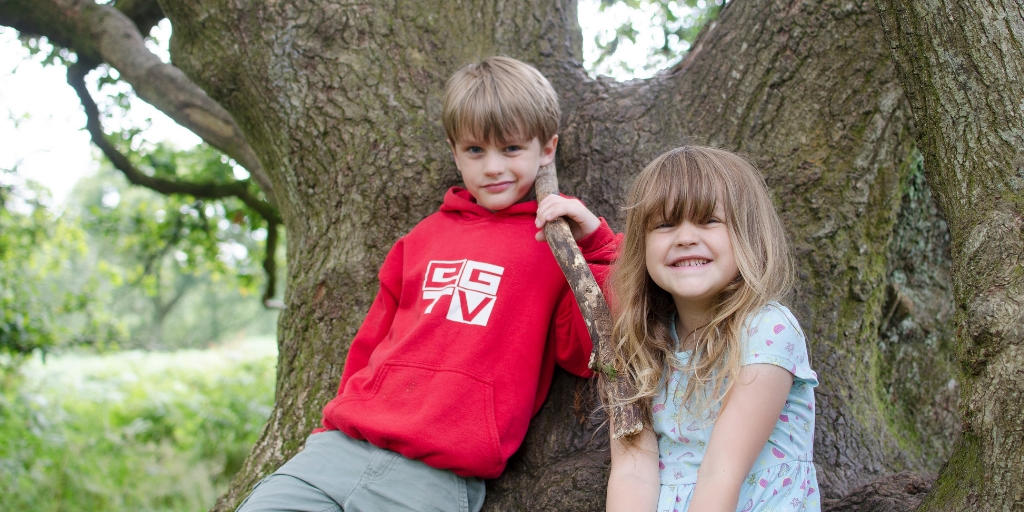 We’re two weeks in to the new school year and the summer holidays are already starting to feel like ages ago.

I’m holding on to those long sunny days for a bit in this month’s siblings post though, with a few photos of the children from before school started back up again.

The first photo is from the day we went on our little tour of our local parks.

We went to Cwmdonkin, Brynmill, Singleton, Singleton boating lake and Cory street parks over the course of an afternoon.  It was a bit of a trek but the children did brilliantly, and really enjoyed themselves. The other pictures for this month’s post were taken on our family outing to Penllegare woods.

We walked a fair way round the wood, with a few stops now and then to rest and one stop to climb a big tree.  I love how Rhys has got his huge stick in his hand in both these photos.  He wanted to take one of his sticks from home with us, but we convinced him that he would probably be able to find a new one, seeing as we were going to the woods! These two had a really lovely summer, and seem to enjoy each other’s company more and more as they’re getting older.

I think they miss each other now they’re back in school.  Quite often in the mornings Nerys will run over to give Rhys a last hug before he goes in, and before I run with her round to her classroom.

We have a five minute window in the mornings, from when the doors open and then close again for registration.  So it’s a bit of a rush to get both children in to their classrooms on time.  But I’m not quite ready to leave Rhys in the yard yet, and I don’t think he’s quite ready for me to leave him either.  So for now we’ll keep on waiting for him to go in with his class, then doing the mad dash round to get Nerys in too.

Anyone else find it a bit of a race to get more than one child to the right classroom in the mornings?!