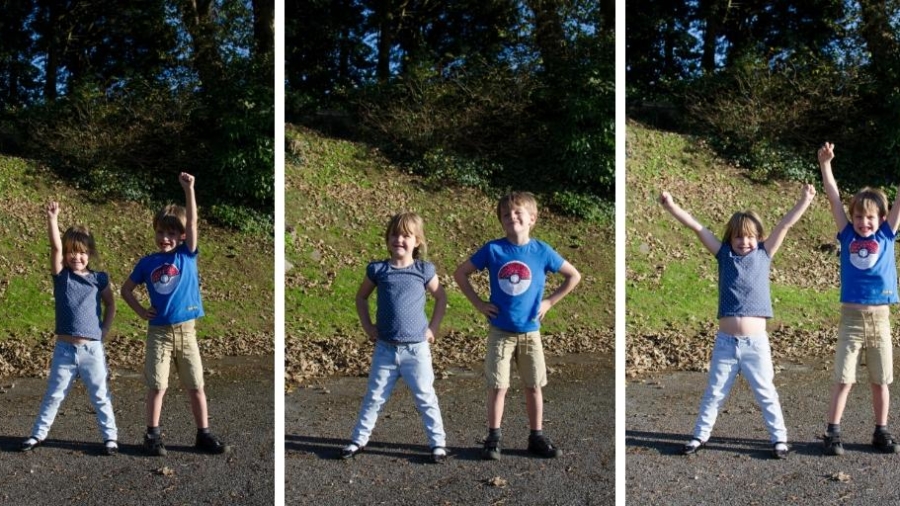 by This glorious life
with 8 comments
Family lifeParentingPsychology

If you have children who are often anxious and who lack in confidence then there’s a trick you can try to help them feel braver and more confident.

What’s really great about it is you only need a few minutes to try it.

All you have to do is get your child to stand in an open, powerful stance for 2 minutes.  These power poses have been found to influence our hormones so that we’re less reactive to stress and get a boost of testosterone which makes us feel more confident. This idea of power poses was made popular by social psychologist Amy Cuddy in a TED talk in 2012.

She discussed how she and her colleagues had found that holding our bodies in a way that opens them up instead of curling in on ourselves can have a big effect on how confident we feel.

In her talk she mentioned that standing in a power pose before an interview can reduce our anxiety and make us feel more confident.  Doing it before the interview starts means that we walk into the room feeling more powerful and much less nervous.  It’s not really about standing in a certain way so that others view us as more confident, it’s about doing it to change the way we feel about ourselves.

Now, there have been various studies carried out since Cuddy gave this talk that seem to dispute her findings.

But I think there’s still something in it, even if it’s more of a placebo effect than an actual biological change brought on by standing in these power poses.

For children who are nervous about going in to school or scared about starting a new club then getting them to stand in one of these power poses for 2 minutes before you go could really help them.

It’s like how faking a smile can actually make us feel happier.

If we stand with our bodies in a big, confident pose then we’ll start to believe that we are genuinely more confident.

So if you’d like to try this with your children, here are 3 different power poses they can try:

For this pose your child should stand strong with their feet a bit wider than hip width apart.

They then need to put both hands on their hips.  If they want to they can make fists, or just put their hands straight on their hips. Get your child to plant their feet firmly about hip width apart.

They then need to make a fist with one hand and then put it up in the air, like a superhero about to fly off to rescue someone. For this pose your child needs to stand strong with feet a bit wider than hip distance apart.

Then put their arms up in the air in a ‘V’ shape, like a performer in front of the crowd at the end of an amazing show or an athlete celebrating winning a race. The key thing with all of the poses is for your child to stand straight and tall, and take up as much space as possible.

When we make ourselves big and visible (even when we do it private) we feel more powerful and, as a result, less anxious.

A big part of this is that it’s not about changing how other people see us and what they think of us.

It’s about changing how we feel about ourselves.

A study by Binel et al 2012 found that people who stood in a power pose like the ones mentioned above were more likely to rate themselves as feeling confident than people who stood in a smaller, ‘doubtful posture’.  And it does make sense.  If we stand in a hunched position with our arms crossed in front of our bodies we tend to feel smaller too.

Opening up our bodies and standing tall does make us feel more in control and ready for action.

So next time your child is anxious or scared about something, try getting them to stand in one of these poses for a few minutes and see if it helps them feel more confident.