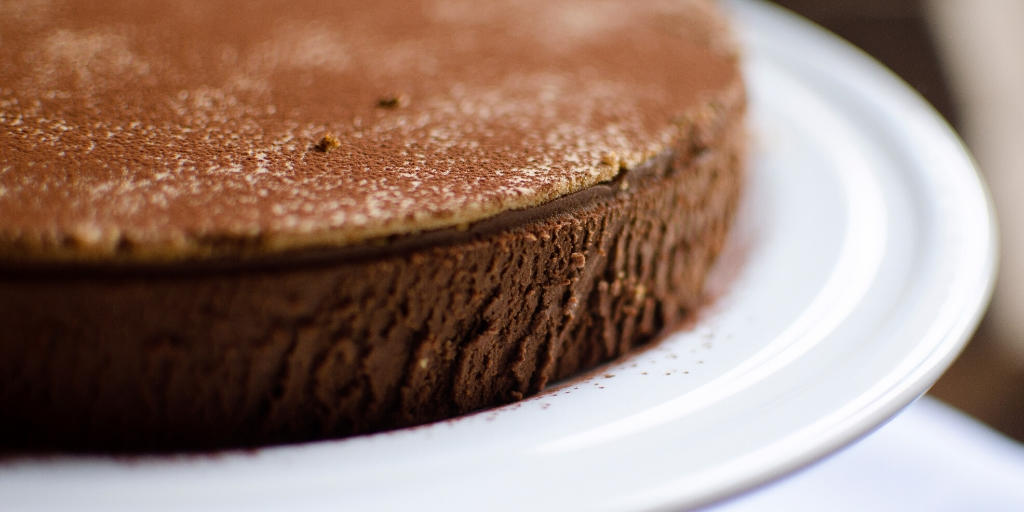 Most families have a particular dessert that they enjoy at Christmas.

It might be a traditional Christmas pudding, a trifle or a slice of Christmas log.  When I was younger we would have Tunis cake with cream which I hardly ever see in the shops these days.  And for my husband’s family it’s been a chocolate torte that’s been the perfect ending to a Christmas dinner for years.

It’s become a running joke that whoever in the family (and extended family) who isn’t in Swansea for Christmas that year gets sent a photo of the torte to show them what they’re missing out on.  It’s that good.

And it’s not just for Christmas either, it’s the perfect thing to make to end any special dinner party or meal you’re planning at any time of the year.  It’s simple and chocolatey and rich and once you try it I promise it will become your go-to dessert to make any time you want something indulgent to share with family and friends. Here’s how to make it:

1. The first thing to do is get a 23cm cake tin and line the bottom of it with greaseproof paper or baking parchment.  Then lightly brush the sides of the tin with oil.  At this point you can also get the cream out of the fridge so it’s not too cold when you come to use it.

2. Next you need to crush up the amaretti biscuits.

We tend to put them in a plastic bag and then bash them with a rolling pin until they’re really finely crushed.  You don’t want any big lumps of biscuit left.

Once they’re all crushed sprinkle the crumbs on the base of the cake tin.

3. Then you need to break the chocolate up into pieces and put them in a heat proof bowl with the Merlyn and the liquid glucose.

Put a little bit of water into a saucepan and put it on the heat until it’s just about simmering.  Then sit the heat proof bowl over it, making sure that the bowl doesn’t touch the water.

4. While the chocolate mixture is cooling you can get the cream ready.  Pour the cream into a bowl and whisk it until it’s thickened up but not yet forming peaks.

5. Next, fold half of the cream into the chocolate mixture.  Then fold that mixture into the rest of the cream.

At this stage it might look a bit ‘wrong’, but stick with it!  Keep gently mixing until it’s all smoothly blended together.

6. Spoon the mixture into the tin that you prepared earlier.

You can even the mixture out a bit by tapping the tin.  Then cover the tin with clingfilm and pop it in the fridge to chill overnight.

7. When you’re ready to serve the torte just run a knife around the edge of the tin to loosen it a bit, and then turn it out on to a serving plate.  Which means doing that fancy-looking thing that they do on bake off where they put a plate upside down on top of the tin and then flip the whole thing over.

8. Dust the top of the torte with some cocoa powder and then serve slices of it with cold single cream. I hope you enjoy this torte as much as we do!

Just be aware that it is really quite rich, so you don’t need huge portions.  But you do need the cream, it cuts through the richness and makes the whole thing absolutely perfect.

We generally make it with Merlyn Welsh cream, but you can use any Irish cream liqueur like Baileys if that’s what you have in.  You can also replace the Merlyn with rum or even bourbon.  We’ve tried it with both of these and it always tastes amazing.