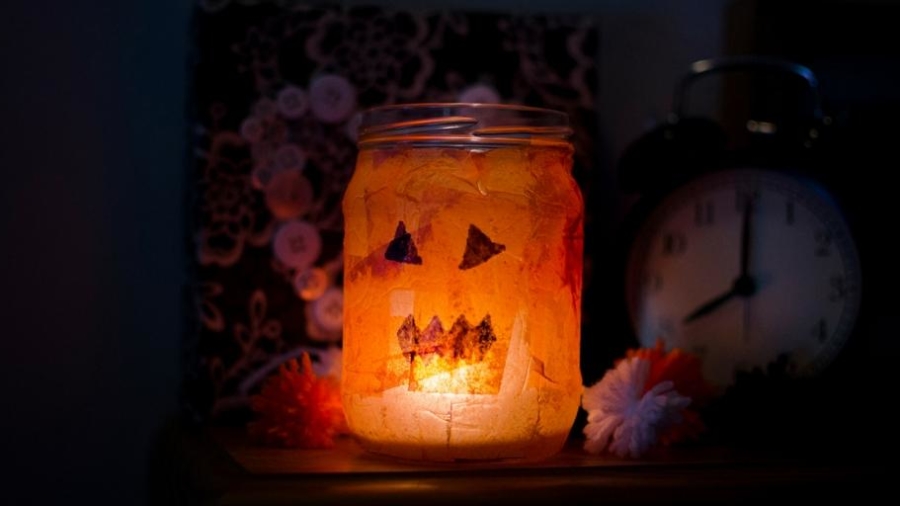 by This glorious life
with 16 comments
Crafts

Both of my children love arts and crafts activities.

Painting, glueing, colouring, creating; they love it all.

So we were all really excited when a box of craft materials arrived from Viking, for us to have some fun creating some Halloween crafts.

I wasn’t sure what to make at first, so just spread everything out on the table, grabbed a few other supplies and just let everyone come up with ideas! This is what we ended up creating.

I love this super simple craft.

We cut ghost shapes out of cardboard, spread them with lots of glue and then covered them in bits of cotton wool.

Then we added some googly eyes to bring them to life.

So easy, and so much fun.

And if you’re feeling creative like Nerys you can add loads and loads of google eyes to make a crazy monster ghost! For this toddler-friendly craft I cut out a simple pumpkin shape from thick black paper, which we then covered in bits of orange tissue paper.

Then we cut some eyes and a mouth out of black paper using the funky scissors from Viking and stuck those down to complete the pumpkin, This is a great craft for toddlers as it really helps with fine motor skills.  But it can also be really good fun for older children who can get creative with the pattern they make with the wool.

I cut a circle out of card and then cut a smaller circle from the middle of that.  You could use a paper plate instead if you have some at home.

Then I went round the circle with a hole-punch, making little holes to thread the wool through.  Then just start threading in a random, criss-cross pattern to get a spiderweb effect.

These would look great hung up around the house at halloween.

And you can even make little pipe-cleaner spiders to sit on them! While the children were busy with their ghosts and pumpkins, Steve and I had some spidery fun with the pipe cleaners.

I wrapped some round a lolly and added some googly eyes to make a tasty spidery treat.

While Steve got creative and made a spider with a cottonwool body and pipe cleaner legs.  And another made entirely out of pipe cleaners and googly eyes.

Hmmm, there’s a bit of a similarity between Steve’s multi-eyed spider and Nerys’ ghost! If you’re not up for the job of carving out a pumpkin, but still want something to add a little glow to your halloween decorations then these little tealight holders are a great option!

Grab an empty jam jar, clean it out and take the label off.

Then mix up some pva glue and water and use that to stick orange tissue paper all over the outside of the jar.

When that’s all dry you can either cut out some features from black paper and stick them on, or you can draw them on with a black marker pen.

Then pop a tea light in the jar and enjoy the spooky atmosphere!

You could also make ghost ones by using white tissue paper instead. So there you have it, a handful of ideas for easy halloween crafts to make at home.  Will you be making anything to decorate your house with this year?

We were sent a box of craft materials from Viking for the purpose of creating this post, but all words and makes are my own.