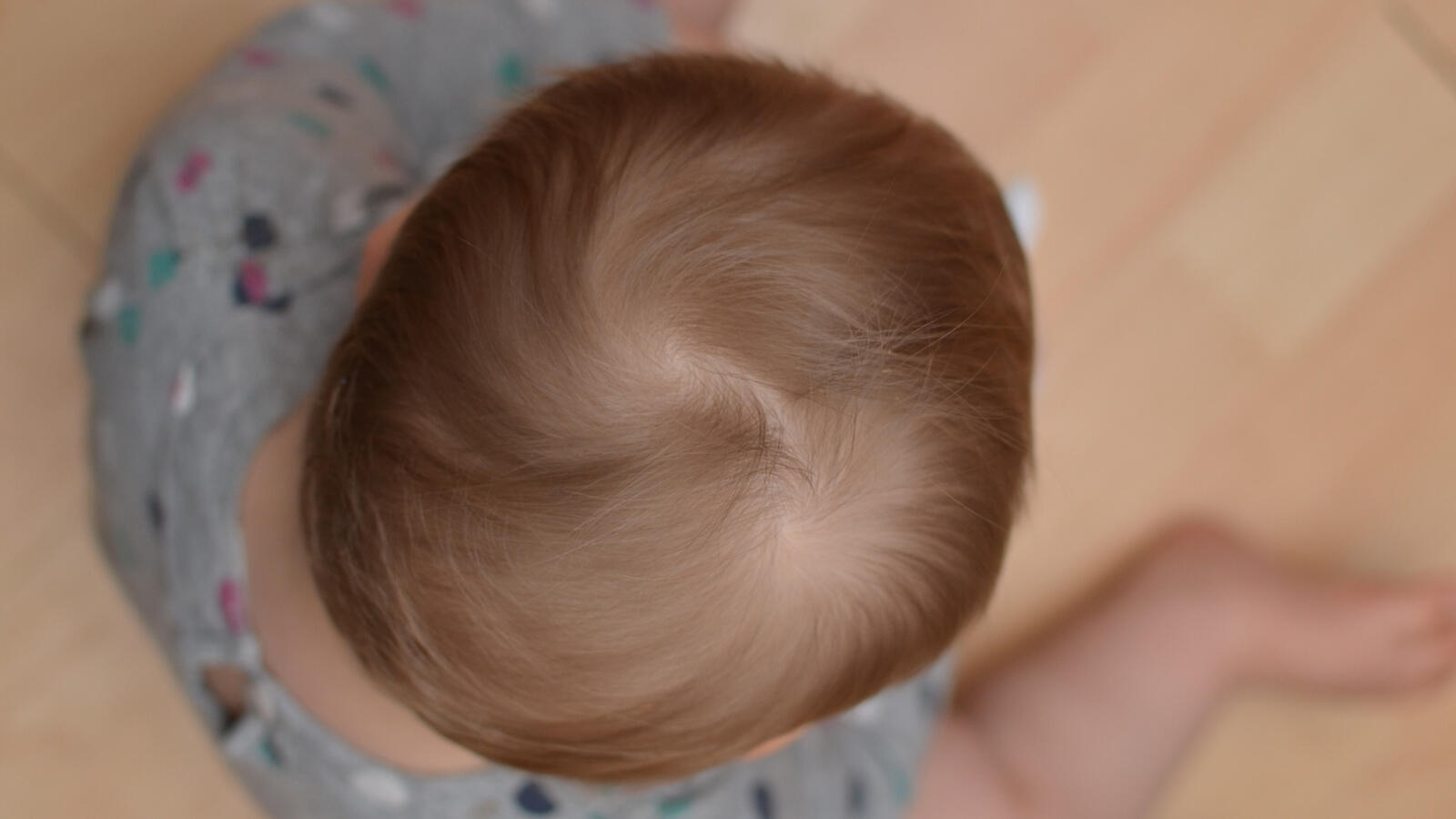 by This glorious life
with 2 comments
Family lifePhotography

If you want to learn a bit about photography, get your camera off manual mode and take photos of your family and your life that you can be proud of, then you’re in the right place.

This series of posts will give you the basics you need to feel more confident with your camera, in a way that’s (hopefully) easy to understand, with ideas for putting new skills into practice as you go.

Each post will focus on a different aspect of photography, so you can get to grips with one thing before moving on to the next.

This time the focus is on aperture. There are 2 main reasons you would need to adjust the aperture when you’re taking photos.

The first is to adjust the amount of light coming into the camera.

A lens’s aperture is a set of blades that open and close to let more or less light in to the camera.

The pupil dilates (opens up) to let more light in when it’s dark, and gets smaller to reduce the amount of light coming in to the eye when it’s bright.  The aperture in your camera’s lens does the same thing.

When it’s dark you want to use a wide open aperture to let more light in.  And when it’s nice and bright you can use a smaller aperture to reduce the amount of light coming in, so your photos don’t end up overexposed.

The only thing that gets a bit confusing is the fact that aperture is also referred to as ‘f stops’ which are numbered, but the numbers are back to front. The other reason you would need to adjust your aperture is to change the depth of field in your photos.

Depth of field is basically the amount of an image that is in focus.

A shallow depth of field is where only a small amount of a photo is in focus, while the rest is blurry.  While a photo with a deep depth of field will have pretty much everything in focus.

You can control the depth of field by changing the lens’s aperture.

A wide open aperture (low f number) will give you a shallow depth of field.

The photo below was taken at f/1.8, which is as wide open as the lens on my camera will go.

I set my camera to focus on the child in the yellow and green top.  See how that figure is in focus, but all the elements that are in front of it and behind it are soft and blurry.

That’s the effect you get with a shallow depth of field. This next photo, on the other hand, was taken at f/9 which is a much smaller aperture.

I focused on the same child again, but you can see that more of the photo is in focus, and the things that aren’t are still clearer to make out than in the first picture. So now you have an idea of what aperture is, you need to know how to adjust it on your camera.

The controls can look different on each camera, so you might need to dig out your manual for this.

You might need to go into a menu setting, or there might be a dial on the top of your camera that lets you select different settings.

On my Nikon there’s a dial that looks like this: You can adjust the aperture by selecting either manual mode or aperture priority mode.

When you’re just getting started with learning about aperture, it’s best to go for aperture priority mode.

With the camera in this setting you can adjust the aperture and the camera will then automatically select the other settings for you to create the right exposure for the light conditions.

You normally change the aperture by moving the dial on your camera, on mine the dial is at the back of the camera, at the top, so I can adjust it with my thumb.  Again, if you’re not sure how to adjust the aperture on your camera, dig out your manual and have a go at changing it a few times to get used to how it works.

Here are some ideas for things to try with your camera on aperture priority mode to get to grips with how it works and the effects you can achieve by adjusting your aperture.

Start with something stationary

The ultimate goal might be to take great photos of your family, but when you’re learning a new skill it’s quite often best to start with something that doesn’t move.

And doing this exercise might also get you thinking of ways you can photograph your family’s life without actually photographing your family.

Think about something that your child has a little collection of.  It might be the toy cars that they love pushing around the floor, or the set of Peppa pig books they ‘read’ over and over again.  Think about the things that make up the fabric of your life right now.

The bottles lined up on the kitchen counter.  The playmobil people dotted around the house like borrowers.  The make up brushes and products left in the bathroom by your teenager.

Whatever it is, grab a selection of them and line them up somewhere in your house that has a nice amount of natural light.

Then start by setting your aperture so it’s as open as it can be (so the f number is as small as possible with the lens you have).  Chose your focal point and take a few photos of your collection.

Then adjust the aperture so it’s much narrower (a higher f number), and see how different the photos look.

In this photo of reels of thread I used a wide aperture, so only the red and orange threads are in focus and the rest get more and more blurry across the image.

Being able to adjust the aperture like this lets you have so much creative control over the photos you take.

If you want a photo that clearly shows all 5 of the coloured cars that your child plays with, then you want to set a smaller aperture to get them all nicely in focus.

But if they have a favourite car that you want to highlight in the photo, then you can select a wider aperture and set the focus point on that particular car so it’s nice and sharp and the others are softer. Hide the mess (or embrace it)

Another time you might want to have things in the background a bit blurry is when that background is your messy, cluttered house.

If you want the focus of your photo to be on your child, and not all the ‘stuff’ behind them, then try using a wide aperture and setting the focus point on them.

In this photo I wanted the focus to be on Nerys’ little fingers playing with the play dough, and her facial expression.  You can still make out the rest of the room behind her, but because it’s soft and blurry you’re not distracted by it. Sometimes though, you want to include all that ‘stuff’ in your photos.

So often I think we edit the life out of our photos by cutting out all the clutter, when really all the bits and pieces in the background are what will bring back so many memories when we look at the photos in the future.

Try taking some photos at home with a smaller aperture, so the whole room is in focus, no matter how messy it feels to you right now.  In a few years time you’ll love looking at the pictures and spotting all the things that have changed.

One little trick though, these kinds of photos can look a lot better in black and white!

This photo of me and Nerys in our kitchen is a brilliant snapshot of our life at that time.  Her height in comparison to the kitchen counter.  The bottles waiting on the work surface.  The slow cooker sitting in the spot that’s now being filled by our toaster.

None of it’s pretty, but I love how the photo takes me back to those toddler days at home. Use a wide aperture to focus on the details

Our children change so much over the years, taking photos of the little details and changing features is so important (in my opinion!).

Things like their big eyes and long eyelashes.  Their tiny fingers and toes.  Even the pictures and details on your favourite items of clothing that you dress them in.

Using a wide aperture to focus on these details and let the rest of the image be soft and blurry is a brilliant way to capture the things you really want to remember.

In my case, I always loved seeing Nerys’ double crown as her hair first grew in.  The way her hair swirled from the two distinct points always made me smile.

So I took a few photos from above her, with the focus on the top of her head.  Using a large aperture brings the focus to her double crown while the rest of her body is soft and blurry. So think of the details and features you want to capture and try photographing them with a wide aperture to really get the photo focused on them.

For you it might be the first few teeth peeping through your baby’s gums, or your child’s gappy smile when those same teeth first fall out.

Whatever they are, have fun playing around with aperture to create photographs of those details that you’ll love in years to come.

Hopefully this post has given you a great start in understanding aperture, and the ideas of how to use it to capture your family life have got you excited to pick up your camera and get creative.

If you have any questions please do leave me a comment and I’ll try my best to help!